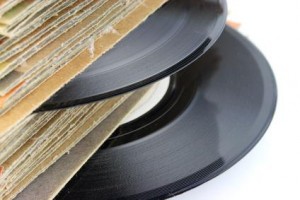 After my last post on the record industry, you have been asking for something more concise. So here it is. The 10 key reasons why you HAVE to be your own record label.

When you’re signed, guess who owns your music? You? Think on. The label does. I put together a compilation album recently. When I asked people if they’d be on it, they said “You’ll have to ask my label.” I’m independent. I own all my music. Not some corporation. It means that I get more money per sale than I would at a label.

Thirty Seconds To Mars have sold millions of records, yet they are $1.7 million in debt to their label. That’s right. They own your music, and you pay them for the privilege. The system has record companies keeping artists in perpetual debt. It’s just how it works. As an independent, I’m not in debt to anyone.

As an independent I can do what the hell I want artistically. What’s the point of being an artist if you have to listen to what the boss tells you. I don’t seek permission for anything. Musically speaking, I’m my own boss.

Your biggest resource will always be the people who love your music, not the record labels. These days, you can be in direct touch with your fans. What do you need the middle man for?

You need the record company to fund the record? No you don’t. Your supporters will help you do that, through crowdfunding, pre-sales, pledges and sponsorship. And you won’t be in debt at the end of it.

6. Be Your Label’s Top Priority

You’ll always be the number one act on your label if you are your own record label. The music industry is littered with acts whose main advocate in the record company left, only to be replaced by someone who wasn’t so keen. My own experience of being with a major distribution company was similar. I wasn’t big enough to merit the sort of attention I give to myself.

Music is a brand new world. Nobody yet knows exactly how it will work, or how it will work for artists on different rungs of the ladder. It makes sense to experiment with different business models, pricing and so on. You can run experiments easily as an independent. With a label you can’t. They own your music and they’re in charge of the pricing and the business model. Even if you know their approach won’t suit you.

Being your own record label means you get an overview of the entire industry, from booking a tour, to funding a record, to digital distribution and more. You become an expert in the industry you work in.

You are free to define what success means for you and work towards that. With a label, you work to their definition of success. It’s a myth that you need a label to be part of the industry. I get glowing reviews in the national music press, best album awards from the local music press, I get radio airplay, my albums are in the major stores, I’m on iTunes, I put tours together, my albums have been reprinted to meet demand, my albums are supported financially through sponsorship and crowdfunding, and I’m even been played at Anfield during Liverpool Football Club home games. What’s more, I’ve played with all of my musical heroes. Billy Bragg, Chumbawamba, Dick Gaughan, Leon Rosselson, Roy Bailey, The Men They Couldn’t Hang. All while being my own record label.

10. Even if you want to get signed, you need to be your own record label

To a label, you’re a business case rather than an artistic one. If you hit a dinner tray across your head while yelping, you’ll still get signed if you have a million fans. So how do you prove you’re a good business case? Well, they want to know how many fans you have access to, and what your independent record sales are. My goal is to stay independent. If yours is to get signed, you still need to be your own record label first so you can prove your case.

And a final bonus reason…

…with help, it’s a lot easier and more doable than you’d think!