A Return To Gigging – And Plenty Of It! 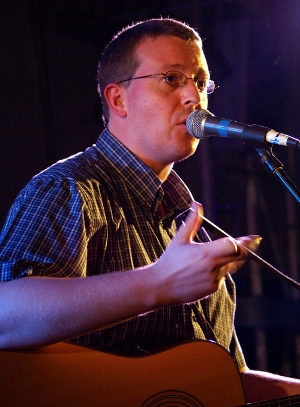 Followers of my music will know that I took some time off from doing my own stuff for a while. I wanted a breather from myself. After all, imagine being round me 24 hours a day without escape. You’d want a break from me too.

Anyhow, all of this self-deprecating waffle is to let you know that the break did the trick and I’m back gigging again doing my own stuff.

Check out my gigs page for more info, but I’ve a busy week on starting from one week today.

My return debut is at the TUC Conference, at a fringe meeting organised by Manchester Trades Council on the 14th September. The meeting itself has FOUR General Secretaries speaking no less!

I’ll be playing in between speeches and as the collection bucket goes around.

Two days later on the 16th, I’ll be playing a benefit for the Palestine Aid Convoy that leaves Liverpool that weekend. It’s at Mello Mello on Slater Street and kicks off at 8pm. Please support it and raise some funds for the people of Palestine.

On Sunday 19th September I’ll be playing at the official TUC demo outside Lib Dem Conference at the Echo Arena. Come along, give the beige Tories some grief, and hear some speeches and music. More importantly, show the government what we think of their cuts. The demo is at noon.

Moving into October, I’ll be playing the Musicport Festival in Bridlington. This is the biggest indoor music festival in the whole wide world. I’ll be there on Friday October 22nd and will be on the North Sea stage somewhere around 9ish.

Finally in December, I’ll be playing the Christmas Special of Liverpool Acoustic Live at the View Two Gallery in Mathew Street.

And don’t forget of course that Rich Man’s Ruin (the band I share with Vinny and Gabi) will be playing too, so there’s plenty of chance to hear my dulcit tones in one form or another.

See you soon. It’s good to be back!