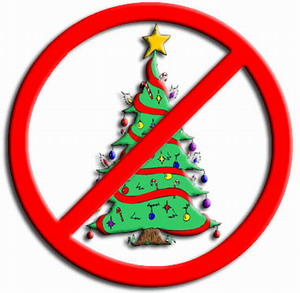 Have you started your Christmas shopping yet?

No. But I have bought a harpoon so I can skewer the next person to ask me that.

I have decided to cancel Christmas.

But it’s not is it. It’s months worth of plastic happiness all aimed at this one day of misery and pressure dressed up as goodwill and joy, all of it phoney.

It’s stress, fear, panic and anxiety. After all, what can be worse than ruining Christmas!!

Must we all do the internecine warfare in the supermarkets again, stocking up on EVERYTHING as if there’d just been a declaration that all food production was ceasing for the next nine years.

Must we have the annual scrap with each other for the latest toy craze that everyone is going nuts about and so if you don’t buy it for your own little mound of genetic offspring then you’re a parent so heartless and incompetent that your children should just divorce you and hope Madonna takes an interest.

Must we all go massively into debt for sack loads of shite that we don’t really want to buy but feel we have to because the insidious rules of Christmas state that we have to buy everybody something, and it has to be roughly the same price as the piece of tat that everyone else buys you.

Well I’m not doing it. So shove off.

Don’t buy me anything.

And I won’t buy you anything.

We can all just enjoy the fact that most of us don’t have to go to work that day. We can be free of the eggshell walking tension that comes with the fear of “ruining Christmas”, breathing a grateful sigh of relief when midnight comes that we somehow got through it without incident.

Christmas costs the average person around £500 per year in gifts. No not per family – per person!

Why? Because we can afford it? Because we would otherwise choose to just splurge £500 each on shite for ourselves?

Yes, don’t kid yourself. It’s spending on yourself. It’s not giving. There’s expectancy built in so don’t start with all this wonder of giving malarkey.

Cut the smoke and mirrors and I’ve just bought myself something for £20.

Except someone else has chosen what I spent my £20 on, so it’s probably shit and so now I’ll have to stick it on Ebay in the desperate hope that I can at least get some of my £20 back.

Well stop it. Join me instead in ignoring Christmas.

You can be a proud misery guts like me if you want. Or if you can’t pull that off, just briefly convert to the Jehovah’s Witnesses and then convert back on Boxing Day.