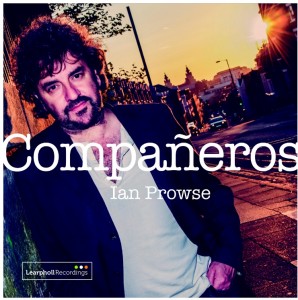 Today is the day! Companeros, the fantastic new album by Ian Prowse is released today, and is now available to download from iTunes.

My song My Name Is Dessie Warren is song 2 on the album.

I know that many of you really love this song and its telling of the story of Des Warren, wrongly imprisoned for his role in a national building workers strike in the 70s.

Ian has really done it proud, with a fantastic version of the song.

You really need to go and hear what he’s done with it. It’s very different from my version – and what an ending he has given it too!!

I’m really very proud for a song of mine to be featured on this album by Ian. He has paid me a huge compliment by recording it, and for doing it so well.

More importantly, he is taking this crucial story out to a wider audience than I ever could alone.

Many more people will now find out about what happened to Des Warren, Ricky Tomlinson and the others who the Shrewsbury 24 Campaign are still fighting for.

Here is the full track listing: