Could You Be A DIY Music Mogul? 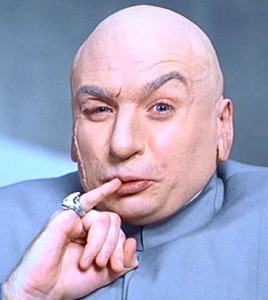 One of the things that has fascinated me for a few years has been the impact of the internet on the music industry.

Many panicked, but I’ve been excited by it, and played with it a bit too with various experiments.

Beating Radiohead To The Punch

At one time, I even pioneered what I called ‘Buskernomics’, a way to download my tunes for whatever you wanted to pay for them. This was before Radiohead went and did the same thing, and I got featured in the world famous Billboard magazine as a result.

A bit of a think

These days musicians aren’t just about music (were they ever?) and so I’ve been having a bit of a think about some of the things that musicians can or do provide, and things that fans and supporters (or even organisations) might be keen to have.

Some of these things would naturally be free.

Others could be things that supporters might pay for, thereby feeding the said musician at the same time and so allowing for more music to be produced and performed.

I thought I’d share what I’ve come up with so far.

Your turn to be the music mogul

Add your ideas in the comment box below, fellow music moguls.

Just think of your favourite artist and ask yourself what you would want from them.

And tell me which of the ideas I’ve come up with that already press your buttons.