Cut The Bullshit And Create 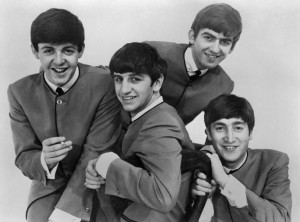 Being a musician is really sexy.

Picture yourself sat behind a computer sending emails out to bookers and festivals, while the sun is shining outside and your guitar is getting all dusty and lonely.

Think of all the admin you could be doing right now. All the putting things in brown envelopes and writing addresses on the front. It’s the life I can tell you!

Many musicians I’m sure will recognise the paradox. We decided to be musicians and yet we live our lives like unpaid office workers.

It was the author Neil Gaiman who pointed this out to me. No, not personally. That would be a bit of namedropping wouldn’t it!

He gave a wonderful speech to graduates where he shares the day that he realised that he was actually a professional admin worker who wrote in his spare time. And so he decides to switch the ratio and write!

I’ve had the same realisation many times. For an independent musician without the backing of any industry trappings there’s a lot of admin to do before I get to the music.

That’s bullshit isn’t it. It’s the music that’s important. So if you’re in the same boat, stop it. Let there be lots of music to do before you get to the admin. Not the other way around!

I’ve had a feeling of rebellion about this for a while now. I’ve found myself wondering what would happen if I binned the admin and promotional stuff, and just created and shared instead.

What would happen if I spent all that time songwriting and recording and performing and doing other creative stuff? Maybe the stuff I create would be a better promoter for my work than the soul destroying emails I often find myself sending out.

And if not, I’d still have the stuff I created.

What do I have after a slew of emails that turn out to be fruitless? Sod all. That’s what.

I’m fascinated by this notion for another reason. I’m a perfectionist at heart. I fight it really hard, but I am. It’s in the core of me.

My Mum is such a perfectionist that she was devastated for a whole week when she incorrectly organised the unveiling of the butties at a family party that she put on! (Nobody cared or even noticed but her of course, but still.)

Dad always has “just one thing” to point out that would improve any show I do.

So I have a fine perfectionist heritage.

The problem with perfectionism is that it doesn’t result in creating perfect things. It results in creating nothing. Perfectionists struggle to get started for fear of the outcome being less than perfect.

Like I say, I fight it, so I do create. But it can be a struggle. A microphone attached to a recording studio can be a terrifying thing for a perfectionist. “Eeek! So what I play now will be cast in stone forever!!!???”

Yet for all that, my drive to create is too strong for my perfectionism. More than that, my rebellion against my perfectionism attracts me to ideas that focus on being “good enough.” Ideas like the 80/20 rule. This says that 20% of your work brings 80% of your outcome. So most of the time we spend on anything is on tiny improvements and so is usually a waste of effort.

So in fighting both my perfectionism and my admin overload, I have an almost revolutionary desire to create, and then to share what I have created.

Create Awful Stuff – And Plenty Of It

I just read a fantastic interview with Tom Robinson in the Musicians Union magazine. He says something that I think all of us should take note of.

He says that songwriters need to lower their standards!!

Yes really, you read it right. No typos. We need to LOWER our standards.

According to Tom, the one thing songwriters do the very least of is write songs. When faced with a blank page, it’s far easier to get on the phone and book gigs or update the website or whatever.

But here’s the thing. He says: “If you look at all the truly monumentally successful songwriters they have all been stupidly prolific. The Beatles used to record, release and promote two albums a year at their height. Elton John – two albums a year.”

This past weekend I had already committed to recording a song per week, and to giving myself time to go over the tons of unfinished song ideas I have. In short, to write songs and to make records.

So Tom’s words arrived at just the right time.

“The key to quality is quantity,” he says. “Unless you’re prepared to lower your standards and write absolute rubbish, but lots of it, you will never allow yourself to get to the nuggets.”

And just in case you’re doubting this wise advice, here’s a stat to bring it home. Prince has written over a thousand songs. Guess how many of them have been in the Top 20? Just 40. That’s a terrible ratio isn’t it. How many terrible songs are in that thousand? Yet who cares? Not Prince I bet! He found his nuggets after all!

So whatever your art happens to be, whether you’re a writer, a musician, a painter, a photographer, a cartoonist or a film maker – create! And share! And do lots and lots of it.