How To Use Randomness As Your Creative Partner 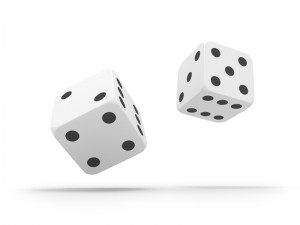 It’s often a good idea to have a creative partner. Someone who will be able to add some ideas we couldn’t have thought of alone. Or someone who will provide input into how to structure a set list for a show. Or to advise on how best to tell a story you’re trying to tell.

Yet not all of us have the luxury of a creative partner, and so I want to tell you about the creative partner I have that all creatives can take advantage of – randomness.

This may sound a bit weird at first, but I find randomness really useful to come up with first drafts of things, so I want to show you how I use it, and then see if you can jump on board and provide some other ideas.

When I’m doing a show, the organiser will tell me how long they want me to play for. I know from experience that, with me chatting in between songs, each song takes on average 4.5 minutes. (I’ll have to check this again as I’m probably even chattier now, but it’s a fair rule of thumb).

So I know now that if someone wants me to play for an hour it’s basically a 13 song set.

What I do then is list the 13 songs I think would fit that particular audience. But this is only the start of the process.

As any good entertainer knows, it’s important to place the songs in the right order. I want it to build towards the end, like any good story does. I want to make sure I don’t have three slow songs one after the other. I like my sets punctuated between the slow and the more upbeat so it is a really varied interesting experience for the audience member.

I used to spend lots of time on this, shuffling the pack through endless permutations. Now I have my creative partner, randomness, to come up with some ideas for me.

So I head off to http://random.org and use the Lists feature to type in the songs I’m singing. Then every time I press the Randomize Button, I get a randomly created set list order.

I then copy and paste that into my word processor, then do it again.

I’ll do this about half a dozen times. The effect is that of having a free assistant go away and come up with 6 different possible set lists.

I’ll look through them and there’ll be many that just aren’t right, but there’ll be one (maybe two) that aren’t quite right but they’re kind of close.

So I’ll hone in on that one, and then just take a few minutes to jiggle the set list around so it feels like it will be the good varied experience I want.

It really does save me a lot of time and unnecessary brainwork. Thanks Randomness!

This involves interviewing people to get their story from them.

Once I’ve got the footage I’ll then watch it back, making notes to show which bits of the footage I potentially want to use.

The viewer doesn’t want to hear from Bob then Edna then Jeff. It is more satisfying for the story to weave. Yet it feels hard as the film editor to really feel like they’re a story that can be weaved when they’re all queued up like that.

So I call in my assistant, randomness.

I give each clip a number, and then I use random.org again to randomise the numbers.

I’ll then organise the clips in that order, and sit back to watch the first draft that randomness gave me.

This is where my own storytelling ability kicks in as I spot things that should really have gone together. Or the part of the story that would have been better earlier on. Or the clip that really needs to be moved so it follows another clip.

But that first draft from my “assistant”, randomness? That makes it look like a story to me for the first time (albeit a badly told story), and so saves me a ton of work.

I then craft it by changing things around, but a good 50 to 60% of it is generally roughly where I’d like it to be.

Randomness gives me something initially wrong for me to craft. And it’s the crafting of the story that is the storyteller’s skill.

3. Getting Ideas In The First Place

Okay so here’s a disclaimer. I’ve not actually used this one myself. But I just heard it suggested by a comedy writer called Brian Luff.

His technique is to use the Halliwells Film Directory as a source of ideas. Open the book randomly, put your finger randomly anywhere on the opened page, and it will have landed on a Film Title with a Plot Decription. Once there, that rough idea can be a jumping off point for your own ideas.

Or maybe you do that twice, find two movies randomly, and merge the two together to come up with a new concept. So to take his example, Godfather and Star Trek might lead you to come up with the idea for a sci fi “gangsters in space” story.

I’m sure the finger in the movie book idea could help songwriters come up with ideas for songs and characters too, again just as a jumping off point.

So that’s the main ways I’m using randomness at the moment, plus the new way I just discovered.

Have you ever used randomness to make your life easier, whether it be in your creative life or not?

And what ideas can you come up with to use randomness to help you create, organise and generate new ideas?