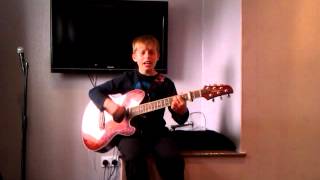 Right gang, I’m taking a breather for a few weeks because I’m under the knife in the morning.

Nothing too serious, just an op on my leg, but it means I won’t be gigging for a few weeks as a result.

In the meantime, check out the fab Samuel Simpson in the video below.

He’s only 10, and he heard me sing my song You Are My Addiction at a gig at Studio Two recently.

Being a keen performer himself, he learned it, partially rewrote the chorus to clean it up, and then performed it at his local open mike night. It’s really fab!

Well done Sam! I wish I’d been this good at ten. Or even now come to think of it.

Leave Sam some comments here so he can see how much you enjoyed his performance!