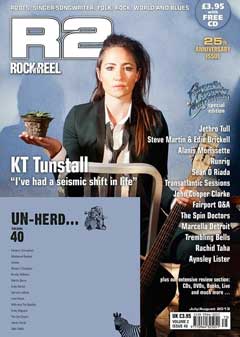 For those looking for a preview of the new album, look no further than edition 41 of R2 Magazine (formerly Rock N Reel) which hits the shops on September 12th. (The picture shows the current edition though so expect it to look different to the image!)

The opening track of the album, Bring Love, is featured on R2 Magazine’s cover dic. The album is also reviewed inside.