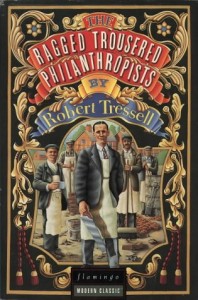 Today is the 100th anniversary of the publication of The Ragged Trousered Philanthropists, my favourite book.

To commemorate the anniversary, the film making team at “Shut Out The Light” have released this fabulous trailer of their forthcoming film Still Ragged.

I’m really proud that my song Letter To Kathleen, based on Tressell’s final letter home to his daughter, is the soundtrack to the trailer.

The film itself features Ricky Tomlinson, Dennis Skinner MP, Len McCluskey of UNITE and Tom Watson MP amongst others.