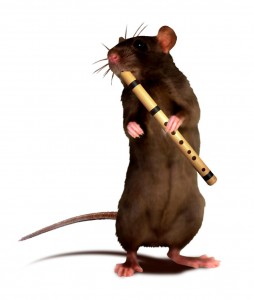 ‘Sometime in the near future’ and Liverpool is a city in crisis. As the Mayor closes down hospitals, schools and libraries, a plague of rats overruns the city. Come from afar the Pied Piper soon realises that all is not as it seems at the Town Hall. Starring Alun Parry as The Pied Piper.

Look forward to seeing the dastardly Lord Rug, the villainous Runcorn Local, the seductive Dame Hoodless and lovelorn Jennifer whose heart pounds in vain for the Pied Piper.

Will the noble Queen Rat rally ‘Ratkind’ to avoid a dreadful end?!
Will troubled 16 year-old Anthony come to the fore to save the day?!
And what does the Pied Piper’s Sparrow have to teach us about the meaning of life?!

Come see the Mayor’s terrible secret finally revealed…
Come see to the fate of Liverpool’s children…
Come, see….‘The Pied Piper of Liverpool’
And treat yourself to some ‘serious fun’!!

Not suitable for children

For more information go to www.burjesta-theatre.co.uk