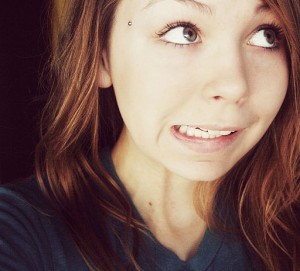 We have far more to offer than we allow ourselves to give.

So many of us are holding back from something we’d love to give because we feel we aren’t yet good enough to give it.

I’m a late starter to the music world even though I’ve written songs since I was ten or eleven.

It took me nearly a quarter of a century to get out there and share them through regular performance. I really regret that.

Why the wait? I didn’t think I was good enough.

I see the same thing in others. They speak about something they’d like to do, but they don’t do it.

They wait. They hold off. They say that when they are better at it, they’ll do it then.

But not now. Later.

They refer to others who are so much better than they are.

I can relate to this. The number of times I’ve sat in a green room pre-gig, as someone sits with a guitar playing it like I can only dream of.

Every note they played yelled the word “fraud!” at me.

I spent years hating green rooms for this reason. They were intimidating places, perfect for confirming my own misgivings about myself.

Yet these days, I feel okay in them. Not because my own musicianship is now equal to those green room virtuosos.

But because I now realise that I was missing the point the whole time.

If you are waiting like I did, you are probably missing the point too.

So what’s the point?

My realisation is that it’s not about technical skill.

When you offer something, the person at the other end of the offer is after a couple of key things from you – their core needs if you like.

So while you feel you have to improve on something before you can begin, they typically don’t give two hoots about that thing.

What they need from you is usually very different from the thing you are anxious about.

So in my field, musical performance, here is what I believe an audience really wants and needs.

And that’s pretty much it.

So it doesn’t bother me anymore that I’m not Hendrix. I never will be. And that’s okay.

I now realise that being a virtuoso is just one of many vehicles to making sure that the two things the audience needs happens.

And my vehicle is different. My vehicle is story telling, the nature of the stories I choose to tell, how I convey them, and my rapport and interaction with the audience. And for that, my musicianship is more than enough.

So it doesn’t matter that there are those who are much better musicians than me, so long as I entertain and touch my audience – because doing that is the real point.

My storytelling and their incredible musicianship are just different routes to that same goal.

I know this because I have witnessed truly outstanding musicians who have neither engaged or moved their audience, and their audience have been only too happy for them to leave the stage.

It’s the virtuosos who use their virtuosity in a way that is entertaining and moving who delight audiences.

Virtuosos who take their vehicle to a different destination miss the point and so don’t satisfy the core needs of their audience.

Being clever in itself isn’t the point when it comes to performance, or else we’d all be paying huge amounts to watch mathematicians solving complex sums.

But we’re not. Because we need something different. And it’s not necessarily technical skill.

There is no need to be intimidated by the skills of others. You simply have different skills that will take you to the exact same point.

So, instead of keeping your offer unshared while admiring someone else’s vehicles, get in touch with what the point really is when it comes to your offer.

Get in touch too with what your own vehicle is, and how equipped it already is to meet the core needs of your people.

Don’t assume you must have more expertise than you need. If I’ve a hole in my bucket, I just need my bucket mended. If you can do that, then you’re enough. If you can do more than that, good for you, but I’m really only interested in getting my bucket fixed.

So what are your own audience’s core needs? Think it through from their perspective, and then ask only if you are able to satisfy those core needs. Because that’s all that really matters.

Let’s take a non performance example to finish with.

If I want to receive music therapy, I really don’t need the world’s greatest clarinet player.

I’m simply needing someone who can provide a safe environment to explore my feelings, and who can play just enough so that the music can be a platform for me to talk from.

Those are my core needs. So if you can do that, you’re already enough.

By keeping on waiting like I did, you’ll be withholding something valuable and needed from being shared in the world.

So don’t make my mistake. Get started. The world needs you and is waiting for you.