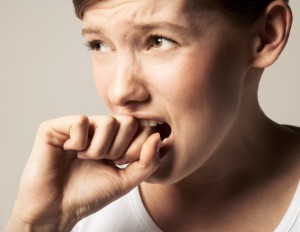 So, I’m ordering my dinner at my favourite cafe when, out of the blue, the smiley woman serving me says: “Ah you’re really nice you, Alun.”

It was a sincere, generous compliment, given spontaneously, and it was lovely to receive.

Yet moments later she was in a self-conscious panic, telling herself off that she had been patronising.

I overheard her telling a workmate that she had gone and patronised me. She was cross with herself.

Compliments, as you can see, are a risky business. To reach out and say something nice to another person can feel really dangerous.

Then again, receiving them is difficult for many people too.

My response to her lovely compliment was not to smile widely and say thank you. I didn’t show her how nice it felt, either verbally or otherwise. In truth, I ignored it. Yes, really.

It may not seem like it but this is some kind of progress. In the past, I’ve debated compliments with people.

“That was a great show, I really enjoyed it.”

“A great show? Didn’t you hear the wrong chord I played in that second song?”

But even so, ignoring her was bound to bring out any insecurities about giving compliments that she had.

To my eventual credit I did correct her by telling her that she had not patronised me at all and that it was a lovely compliment. But I took my time about it!

What is it about compliments that mean we’re so skittish about them?

What happened to us that giving or receiving positivity can feel so awkward and risky?

After all, it’s a compliment, not an insult.

I really enjoy boosting people with a compliment that I genuinely mean. Yet I often hold back out of fear.

Plus, beyond all that is the sense that I’m intruding past a personal boundary.

The fear of being seen as insincere has led me into a few scrapes, as it means I often refuse to give compliments that are expected. An expected compliment, in my weird thinking, is the compliment least likely to be believed. Yet because it’s expected, not getting one tends to result in the most irritation with me.

So, if I know that you’ve been to the hairdressers, that’s the moment I am least likely to positively comment on your hair. Annoying or what!

The worst example of this is when my friend’s wife had a baby. Dutifully enough I went to visit them to look at it (like you do).

Proudly, he led me to where the infant lay, and presented her to me. I looked into the cot at her.

Now I know – I absolutely know – that what you have to say in this situation is “Ah isn’t she lovely.”

And of course she was.

And yet because it was so expected, and because of my fear of being seen as insincere, I simply nodded my head and made what I hoped was a positive sounding grunt, but it was a grunt all the same.

I stayed for a frosty twenty minutes or so further and then, on the doorstep when leaving, I decided that this would be the ideal, unexpected moment to deliver the compliment and so be received as sincere.

I turned and said “she’s lovely by the way.”

“Just fuck off” said my friend and shut the door.

Thankfully he got over it and we are still friends.

My second fear is that people might think I’m saying nice things to get something from them.

A colleague of mine who once worked in prison education once told me how difficult it was to praise the inmates in his classes. It would instantly put their defences up, as many had sadly only experienced positive regard as a manipulation. I know of a leading footballer too whose response to the offer of a hug will be to freeze, frown and demand “what do you want?”

From the other side, my fear is that people will think that my sincere compliments are just tricks to take something from them.

It’s more pronounced if the compliment is to a woman. I don’t want to come across as Terry Thomas, so I just keep my trap shut.

But intimacy can feel difficult – to go beyond those very formal boundaries and tell another person “I really like this about you.”

For it drops all pretences, it looks into another human being’s face and says – this is what I truthfully appreciate about who you are.

It’s intimate, and isn’t intimacy the most risky thing of all. Far easier to chat about the footy or the state of the world than to take the risk of reaching out and seeking honest connection.

Especially when we are so mixed up about whether compliments are allowed that we receive them with awkwardness or silence or debate.

And so, these beautiful truths that build intimacy, spread joy, and give us the practice of sharing our true feelings, become taboo.

These positive strokes that are both free and renewable are somehow kept in short supply.

Our fear turns infinite abundance into a false famine.

So let us make a pact to be free givers and gracious receivers of compliments.

So when we have a compliment to give, let us give it freely.

When a compliment comes our way, let us feel it, enjoy it, let it sink in and truly let it touch us. And smile!

Let us choose the free supply of love and connection and regard and intimacy over fear.

I’ll close with a quote from Scott Adams, the creator of the cartoon strip Dilbert:

“When you understand the power of honest praise (as opposed to bullshitting), you realise that withholding it borders on the immoral. If you see something that impresses you, a decent respect to humanity insists you voice your praise.”