Why I Am Playing For Refugee Week 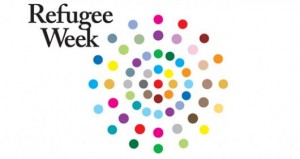 On Saturday 12th July I will be proudly performing a free gig as part of Festival 31. This is a festival that celebrates refugees, and the concert I’m playing at takes place in Refugee Week.

It’s at the Cross Keys pub in Earlie Street in Liverpool city centre, and it starts at 7.30pm. Full details are available here on my gigs page. I’d love to see you there.

When I was asked to play this gig I said yes instantly.

There is so much crap written about immigration that I want to stand on the side of the freedom of all people to move around our common world without violence or interference.

I also want, in my own small way, to put out a welcome.

The thing I am most proud of about Liverpool is that friends who move here tell me how welcome they feel here. I love that.

I don’t really understand the concept of national pride, but it always puzzles me how anyone can be proud of how unwelcome they make others feel.

If people visited Liverpool and consistently told the story of how unfriendly and unwelcoming everybody was, I’d feel deeply ashamed. How much better to be defined by how friendly and welcoming you are.

So I put myself firmly in that camp.

The Problem That Doesn’t Exist

It seems everyone is rushing to define immigration as a problem. All the main parties seem desperate to say how “tough” they’ll be on it. But it’s not a problem. It’s a huge benefit and always has been.

In other words, reduce immigration and it will cost the nation’s economy. It will take longer for Osborne and co to “balance the books” than if they just let immigrants be – not to mention all the money they waste on prison camps like Yarls Wood or on anti immigration police.

And yet they still turn out the same tired old propaganda, even though they know the truth is very different.

Hey, you’d almost think they want us to hate each other so we don’t get together and overthrow the people who are really stiffing us! Now there’s a thought.

Who is the immigrant worker that is inflicting public sector cuts on us?

Which immigrant worker is putting you on a zero hours contract?

Which immigrant worker is destroying the National Health Service and handing it over to private companies?

Which immigrant worker gambled away the whole economy then came to us to get their stake back?

Exactly. None. Immigration is not the reason things are tough.

Capitalism is. The drive for profit is.

Look where the real problems lie and you won’t find a worker like you as the cause of it, even if born in another land.

You’ll find a boss, a banker, or one of their parliamentary parasites.

Letting them off the hook

If you’re worried about low pay then unionise. Demand legislation for a living wage instead of against immigration.

Immigration is a benefit. The government’s own people know it and have said so.

If you hear anything else then you’re being fed a spoonful of shite to distract you from the real villains. It’s up to you whether you fall for it and let the bosses and the bankers off the hook.

They’d sure love that now, wouldn’t they.

I Want Rosa To Stay