“Why I’m Worth 41 Million Times More Than You” 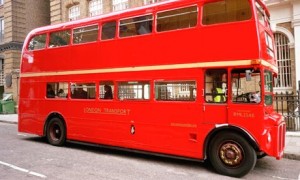 Their mother gives one child many plate fulls of delicious, nutritious food.

She gives the other a tiny amount of gruel, insufficient for the child’s survival.

This continues every day.

Each time, the first child gets a huge banquet, far more than it can ever eat. The other, barely anything.

You might be wondering why this is happening. And what does it say about how important one child is compared to the other.

Or even what is the point of giving a child so much more food than it can possibly eat.

“I’m worth so much more than you” thinks the first child.

“You’re worth so much more than me” thinks the second.

This week, Oxfam produced a report that showed that the 85 richest people in the world have the same wealth as the three and a half Billion people that consitute half the world’s population.

So, hand out a chunk of wealth to be shared out amongst three and a half billion people scattered across continents.

Then hand out the exact same chunk of wealth to a group of people who could fit onto a London bus.

What does that say about our world and the economic system that hands out these portions?

So this guy is over 41 million times better than that guy.

Yet I can’t help wondering, if those 85 people took a trip on that London bus, and the bus went over a cliff and we sadly lost them all – what difference would it make to the world?

Wouldn’t the world just kind of tick along as before?

And if we suddenly lost three and a half billion people overnight in the same way? The impact would be devastating.

So why are they deserving of so much of the planet’s resources?

It lacks sense, it lacks morality, and it lacks justice. It is an idictment of the way this world is run and the motivations that guide it. It needs to change.

We either run our world in pursuit of the profit of these 85 people – or we run it for the needs of everyone.

If it seems just and moral and right to run the world for the needs of us all rather than the profit of 85 individuals then, like me, you are a socialist.