Why It’s Time To Be A Stroke Collector 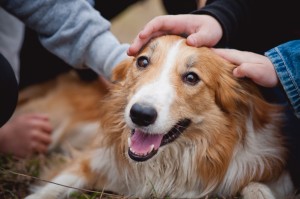 My Dad just can’t believe it. “I don’t believe it” he says exasperatedly. Then he sighs and says: “Sod’s law. Bloody sod’s law.”

If you don’t know what sod’s law is, it’s the rule that says “what can go wrong will go wrong.” It’s his favourite saying.

The thing is, I don’t believe it’s true. I think we just don’t notice the trillions of things that go right.

Think of the computer I’m using to type this in. Think of all the intricate subsystems conspiring to make this possible, the circuit board, the keys I am hitting to make the words appear, the code systems in the software that records what I type, the electricity connected via miles of power lines into my room, the way my brain asks my fingers to type and they just do. Even the fact that I am breathing in and out without thinking.

A myriad of systems and subsystems, all unsung and taken for granted, that are working and unnoticed.

There’s a forum posting on the Internet debating whether we are right to clap when the aeroplane lands. “Why are you idiots clapping when the plane lands?” it asks.

Somehow, 155 tonnes of metal has been powered thousand of feet into the sky, then brought back to earth again with the delicacy of a ballerina. This is incredible right?!

If things deserve applause, this has to be one of them. But maybe the debate is indicative of how we overlook the positives.

Pity For The Positives

It’s a real pity for the positives though. Only the mistakes catch our attention. The stuff that works gets no comment or acknowledgement.

I was once told by a child psychologist that if you’re a really unhappy child, you’re better being one that is angry and causes a problem than one who is unhappy without external consequences. The world is forced to take account of the first one, but the second one tends to get ignored.

This is how it is for the things that go right too. They get no recognition.

The News is the same. For all the things that happened yesterday, the news will tell us about the bombs, the killings, the crimes, and the conflict. It never tells us of the mundane stuff that simply ticks along quite happily as usual. And why would it? It’s the news after all. And how could it? Because the mundane stuff that simply ticks along working fine as usual is everywhere! There’s too much of it to report.

Like I say, most stuff works, but so much of it works that it goes unnoticed. It’s how it is. Stuff not working (sod’s law) is very much the exception.

Where this becomes a problem for us is when it starts to skew our sense of the world. Where we only notice the stuff that messes up and ignore the stuff that works great.

I think this is most true when it comes to our sense of how others recognise and value us. We overlook the small regular ways that people account for us, regard us, show their appreciation of us. And by doing so, we rob ourselves of something key to our survival. Strokes.

Strokes are the various ways our existence is recognised by others.

I had to be trained to notice them when they happened, because left to my own devices, I totally missed them.

Somebody confides in me. That’s a stroke, a compliment.

Somebody offers me a lift. That’s a stroke, a compliment.

Somebody asks for my advice. That’s a stroke, a compliment.

In each case it’s another person valuing me in some way. And these strokes are crucial for our health.

This has been scientifically proven. If we are stroked positively we thrive. If we can’t get positive strokes, negative strokes are the next best. Worst is no strokes at all.

Psychologists have even identified a “stroke quotient” below which we die. It’s a big part of the reason why people who are lonely are more likely to become ill than people who are not. It is also why solitary confinement is so annhilating as a punishment.

Getting a stroke radar

How do we get them onto our radar?

At the start of last year, I made it my mission to notice the strokes I got. Here’s how.

I bought a small notebook, and every day it was my goal to record at least 3 strokes per day.

It took me a while to spot the small things that i used to overlook.

But the important thing for me was that it switched on my awareness. You know how when you buy a type of car you suddenly seem to see them everywhere when you’d never noticed them before?

Well that happens with positive recognition. My awareness switched on to start noticing them, because I was looking to find three examples a day.

I’m flicking through this old journal now. Someone asked me to meet up for a cuppa. Someone sent me some information that I needed. Someone invited me for tea. Someone asked me to go for a walk with them. Someone has been sharing a song I wrote. A client says she got a sale from the website I built her. Someone shared their relationship worries with me.

Every one of these strokes would have been missed by me. They’d have hit my stroke shield and bounced off. Not any more.

And on top of that, it was a lovely ritual before bed to recount each one in some detail in my stroke journal. It really made me happier and I felt psychologically hugged.

Doh! Look what I did!

In fact, I felt so good as a result that I….er….I stopped!

But it’s a common thing to do. I feel bad. So I do something in response. It works so I stop feeling bad. I conclude that I feel good now so I don’t need to do it anymore. Gradually, because I no longer do the thing that helps me feel good, I feel bad again.

So I’m starting a new Stroke Journal to collect all the moments and examples of positive regard I get each day.

The key is to collect the small stuff too. Like when someone includes you in the office tea round. If it’s a positive recongition of the fact that you exist, write it down.

Hugs, compliments, and other forms of strokes are really important in feeling a sense of belonging and acceptance in the world. Not noticing them when we get them is a fine way to sabotage ourselves against having those good feelings.

By setting the task of collecting three examples a day and then spending the time writing about them, it will result in you being a stroke collector, someone who spots the positive recognition and who then spends a little time enjoying and reflecting on it later.

It makes life better and happier and more connected.

Let me know how you get on, and I’d especially love it if you would share some examples with me in the comments below. That way everyone learns, as I did, that even the smallest things count.