Why You Need To Buy The New Ian Prowse Album 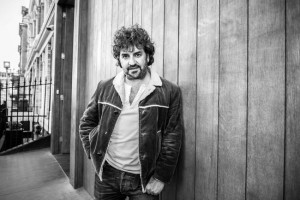 Is it narcissistic to have your own song playing at full blast on repeat?

Well, ordinarily I’d say “yes, a bit”. That’s so not the kind of thing I’d do. But this time it’s different.

You see, I’ve spent the last few days turning up my speakers to eleven, and then blasting out my song My Name Is Dessie Warren.

But here’s the twist….

It’s not me singing it. It’s Amsterdam and Pele legend Ian Prowse. Yes, the same Ian Prowse whose classic Does This Train Stop On Merseyside was the centre piece of Christy Moore’s number 1 album Listen.

So how is Ian Prowse singing My Name Is Dessie Warren? Because he has recorded it for his forthcoming album Companeros.

And his version has blown my socks off!! It’s absolutely brilliant. Fist punchingly good.

I’m beyond delighted, not just because he has paid me the highest compliment that any singer can pay a songwriter, by putting my song on his new album – but that he has done such an awesome job of it too.

So, you really need to buy Ian’s album so you can have it blasting out of your speakers too.

The album is released on Friday 18th September, but you can buy it right now over at http://amsterdam-music.com/

Ian is touring the album too with his 10 piece band Amsterdam, and you can find all tour dates here at http://amsterdam-music.com/live/

My Name Is Dessie Warren isn’t just a song. It’s a true story and it’s a campaign. I’m very grateful to Ian for helping spread Dessie’s story, and the ongoing fight for justice, to a wider fan base.

Click here for more details about the Shrewsbury Justice Campaign.

And don’t miss out on buying the album yourself.