You Are Not A Book, You Are A Movie 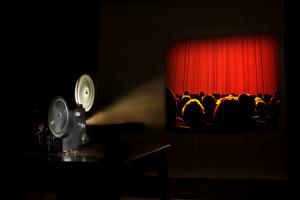 I tend not to watch film adaptations of books that I’ve loved. I prefer the richness of books.

Books offer so much more than movies. Firstly, they are not limited by time. The author doesn’t need to fit the story into just 90 minutes.

But most importantly, the book offers something that the movie typically can’t. It offers us an insight into the main character’s inner world.

When a character does one thing, we can know, through access to their feelings and self talk, that they’d really rather be doing something else.

In a book, we the onlooker, have access to them all.

Not so in a film.

When a character does something, we just see them do it.

The hero is feeling remorseful. “So how can we *show* this?”, they ask.

90% of the hero is underwater in a movie. In a book we get the whole iceberg.

Our lives too, as seen by those around us, are movies, not books.

Just as the hero in a movie is only understood by what he or she shows, so too are we.

This means we can be easily misunderstood, and not realise why.

To those who experience us, we are what we do much more than what we think or feel.

A friend of mine recently had difficulty with someone in her social circle.

“I really value her” she said. “But when she comes round to see me, she stays until after 1 am. I have to be up at 7 for work and she doesn’t. Why doesn’t she see that this isn’t good for me?”

I asked her if she had ever told her friend to leave at an earlier time.

“Well then, why would she go earlier? As far as she is concerned, she thinks you are the friend who is really happy to stay up until half one during the week.”

The fact that people are movies and not books can be a real source of angst, trying to second guess people’s true intentions.

Maybe this is why I particularly value my more forthright friends. They soothe that angst because they wouldn’t just let me hang around til half one, resenting the hell out of me from 10pm onwards. They’d tell me to leave.

You see, we are not books. We are not our own authors, we are own screenwriters. So the world will only know us by what we are brave enough to reveal.

So if you feel something, or want something, your job is the same as the screenwriter.

For the world around you to know it, you have to figure out how to show it first.