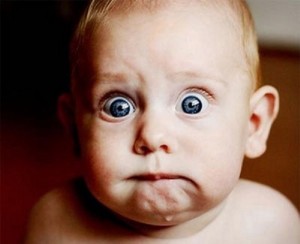 So yesterday was my birthday and I was looking forward to a lovely night out with friends. My plan was to gather at the Egg Cafe, Liverpool’s eating place for veggies.

I even had them put aside a portion of Fennel Bake, my favourite dinner!

Then I was going to head off to The Philharmonic Pub for drinks.

I was excited. I even had friends travelling from Manchester and Lancaster to spend time with me.

But then the winds came. And the red alerts. And the warnings of “don’t travel unless absolutely necessary.”

Everton cancelled their home game because the weather was unsafe. Up the road in Manchester, Manchester City did the same. Staff at the Philharmonic Hall were sent home early for their own safety.

There would be no birthday gathering for me. The weather had other ideas, and boy did it blow.

Meanwhile, the other half of the country was underwater.

How weak we are in the face of nature, especially a nature so ill treated by humanity that climate change wreaks such a terrible response.

Although, climate change doesn’t exist does it. That’s what the powerful tell us, those whose short term interests are tied in with the destruction of the planet.

They have built a whole ideology and pseudo science around denying it all.

It is the latest in a history of the powerful taking positions that we look aghast at fifty to a hundred years on.

The sort of standpoint that forces our children to look wide eyed and say: “Wow! You’re joking right? People used to really think that?”

Yes, they really did.

And we look back at them aghast. Really? They thought this?

Our force of collective humanity won changes to all of this, and swept these backward, venal ideas aside.

It seems almost a characteristic of right wing thought that we look back at it open mouthed and shake our heads that there was ever a time when anybody seriously thought these things were okay.

And indeed there still is. We have today’s issues, where history will one day shake its head at the positions of the powerful.

And did they really believe that there was no such thing as climate change even when we were frequently underwater or hidden away from winds?

Did they really cut down rainforests?

There has always been an exasperated “really?” that gasps from the future.

It is the sound that guides us as we stand today for justice, peace, love and care for the planet.

Our forebears stood in solidarity with the amazed gasps that they knew we would one day utter.

This gasp from the future remains our guide and our battleground today.