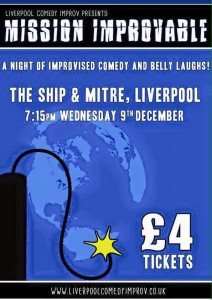 I’ll be performing my final gig of 2015 on Wednesday – but with a difference. It’s a comedy gig!!

I’ll be part of the fabulous comedy troupe performing Mission Improvable at The Ship & Mitre on Dale Street. It’s a night of totally improvised comedy.

Improvised comedy means that everything you see at the show is completely made up on the spot, based on your suggestions.

It will be a lovely night of laughs and silliness featuring a comical variety of games, scenes and even song!

The night is presented by Liverpool Comedy Improv and you can get your tickets for just £4 each at http://www.wegottickets.com/event/339699

We are expecting a sell out so make sure you book online now.

Parking: Directly opposite the venue 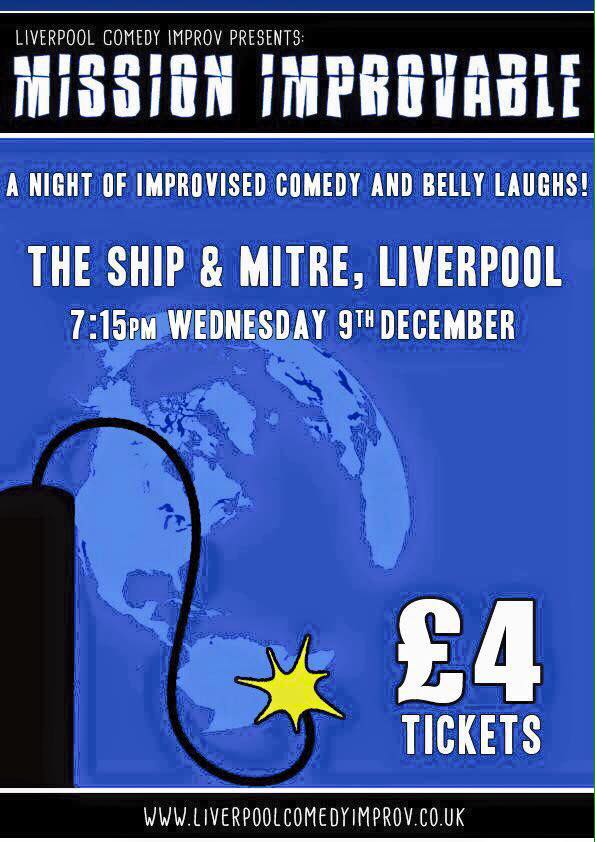