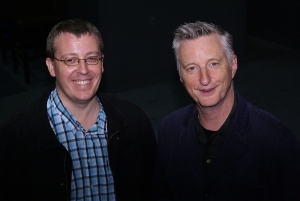 Those interested in the influence of political music will be keen to get along to Un-convention 12 in Salford over the weekend.

On Sunday 3rd October at 10am, I’ll be appearing on a panel with Billy Bragg, Jarvis Cocker, Don Letts and others, discussing the politicisation of music.

Un-Convention is a global grassroots music event and community that meets physically and virtually to share ideas; discuss and debate cutting edge issues around music, technology and creativity; and facilitates members engagement with their peers.

Un-Convention is not about the business of music. The community is driven by a not for profit initiative that sees opportunity for the grassroots in the changes to the way music is being produced, consumed and sustained.

Passes for the event, which starts on Friday, are £24 and you can find it more about Unconvention #12 by clicking here.

The talk that I’m a panellist at is at Salford Lads Club, Coronation street, 20 Huddart Close, Salford M53RS.