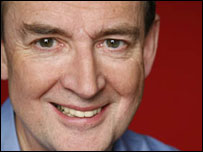 I will be appearing live on this Saturday’s Spencer Leigh Show “On The Beat” (14th April) on BBC Radio Merseyside at 7pm.

I will be talking about the forthcoming Woody Guthrie Special at The Phil featuring Woody’s daughter Nora, and about my gigs supporting folk icon Andy Irvine this month.

I’ll also have my guitar with me to do a few numbers live in the studio, so tune in, it’ll be fun.