Any Change At All – interview with Alun Parry 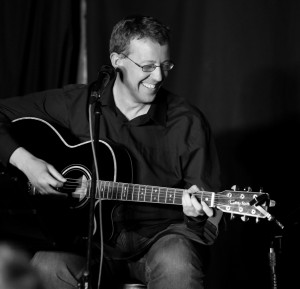 Any Change At All appeared on Alun’s second album, We Can Make The World Stop.

It had become a popular feature of his live sets. At the time Alun was appearing with a full band show featuring Howard Northover on drums and Stu Thompson on bass guitar. Barry Briercliffe was a frequent guest on backing vocals.

This song hasn’t appeared in Alun’s live shows for several years, even though he likes it. That happens to songs sometimes. In this video he describes how his friend and former band mate Tom Western thought it was about something else entirely. Typecast again :-)

Watch the video and then listen to the song.