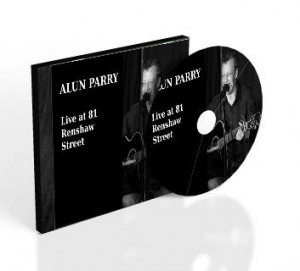 I am really happy to share my new live album with you all.

The album is “Live At 81 Renshaw Street.”

It has 10 tracks and is live and solo. It was the solo section of my concert at 81 Renshaw Street in September.

As well as some of the old favourites, there are 3 brand new tracks that have not yet appeared on any album.

It is available for the unusual price of “pay what you like.” This means you decide the price, not me.

If you want it for free, that’s cool. Go get it!

If you want to pay me something for it, that’s cool too. The standard cost for a download album would be £8 or more.

But whatever you decide to pay is fine. I want to spread the music.

Finally, feel free to pass it round. You’ll notice I chose a Creative Commons License which means I’m allowing you to share it as long as you’re not doing it commercially.

So if you want to “pirate” it to your mates, go ahead.

But as it costs nothing or more anyhow, simply send them the link so they can get it themselves.

I hope you enjoy it as much as I enjoyed playing it.

Massive thanks to the wonderful Nigel Paice who recorded the album.

Get the new live album here.