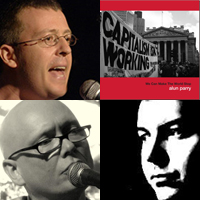 Ooooh don’t you love a good old knees up.

Tomorrow is the launch gig / party for my new album We Can Make The World Stop, jointly hosted by Liverpool Acoustic Live.

I’ll be doing an extended set of music, featuring songs old and new – with support from Vinny T Spen, and from Stuart Todd.

It’s completely free to get in so come along and join in the fun!

Remember that if you can’t make it, you can listen in live at this website.