Jeremy Corbyn and a tale of two Labour Parties 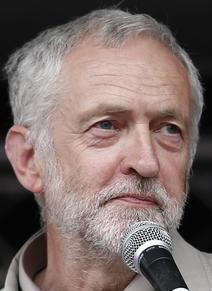 On my travels singing up and down the country, I have played for several local Labour Party events. I’m not sectarian and so, despite my dissatisfaction with Labour’s policies, I imagined they may not represent the actual activists on the ground and I would happily play for them.

I only started refusing to play for Labour events when the racist mug came out and I turned down a friend during the election campaign telling him that I couldn’t in all conscience assist any party in electioneering for that.

I would often leave these events feeling both puzzled and optimistic. If the party members were enthusiastic about its leadership and policies, there is no way they’d have been so enthusiastic about my performances. What I experienced at those events were passionate people who wanted a better world, yet were wedded to a party who wasn’t officially offering one.

There have been a number of polls now regarding the leadership election. The latest has Corbyn winning a majority straight off. I don’t know if this is true. But I do know that there has already been one solid expression of local party desires, and that is nominations from constituency parties. And Corbyn came top.

This is the Labour Party I have been playing to.

Whoever wins, it is abundantly clear that there is a massive divide between the politics of Labour MPs and Labour members which is now sharply in focus.

Even if Corbyn doesn’t win, I imagine it will be a defeat that is relatively narrow and many MPs will be looking over their shoulder as the reselection trigger processes start to kick in.

Many Labour MPs have been silent in the face of the most vicious Tory attacks on the living conditions of ordinary people. Yet now find their voice to attack Corbyn with a fervour they have barely found when it comes to Tory policies.

They show themselves to be at odds with a huge portion of party members, and maybe even a majority of party members. Whoever wins, this imbalance will likely be played out.

The key dividing line in UK politics today in my view is between the “Thatcherites” who accept her political settlement, and those who don’t.

The Thatcherites are represented by the Tories, the Liberal Democrats, and the majority of the parliamentary Labour Party.

Corbyn is on our side of that divide, and it appears that the party membership at large is broadly with him.

Note: You have just 1 day to register to vote for Jeremy Corbyn as Labour Leader. Click here now to make your voice heard.