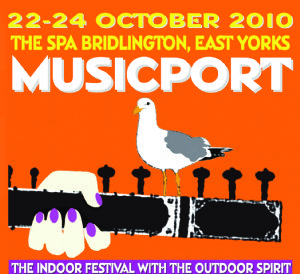 I’ll be performing live at the North Sea Stage in Bridlington tomorrow (Fri) at the massive Musicport Festival.

Musicport is the biggest indoor festival in the world so I’m more than excited to be playing. I hope to see some of you there.

For late tickets go to http://musicportfestival.com/tickets-and-merchandise/tickets.html

It’s at The Spa, South Marine Drive, Bridlington, YO15 3JH.