For those of you keen to see me playing in Liverpool again, I’ve just confirmed a booking with Barry Briercliffe at Liverpool’s Studio Two in August.

Every year the outstanding Italian guitarist Adriano Arena flies over to Liverpool to do a series of UK shows with Barry and this show is the Liverpool date.

Also playing are New Avenue. It’s only £5 to get in so come along. It’s always a good night and Adriano is well worth seeing.

I’m hoping to be joined on stage myself by Barry and Adriano, and have something else up my sleeve too. 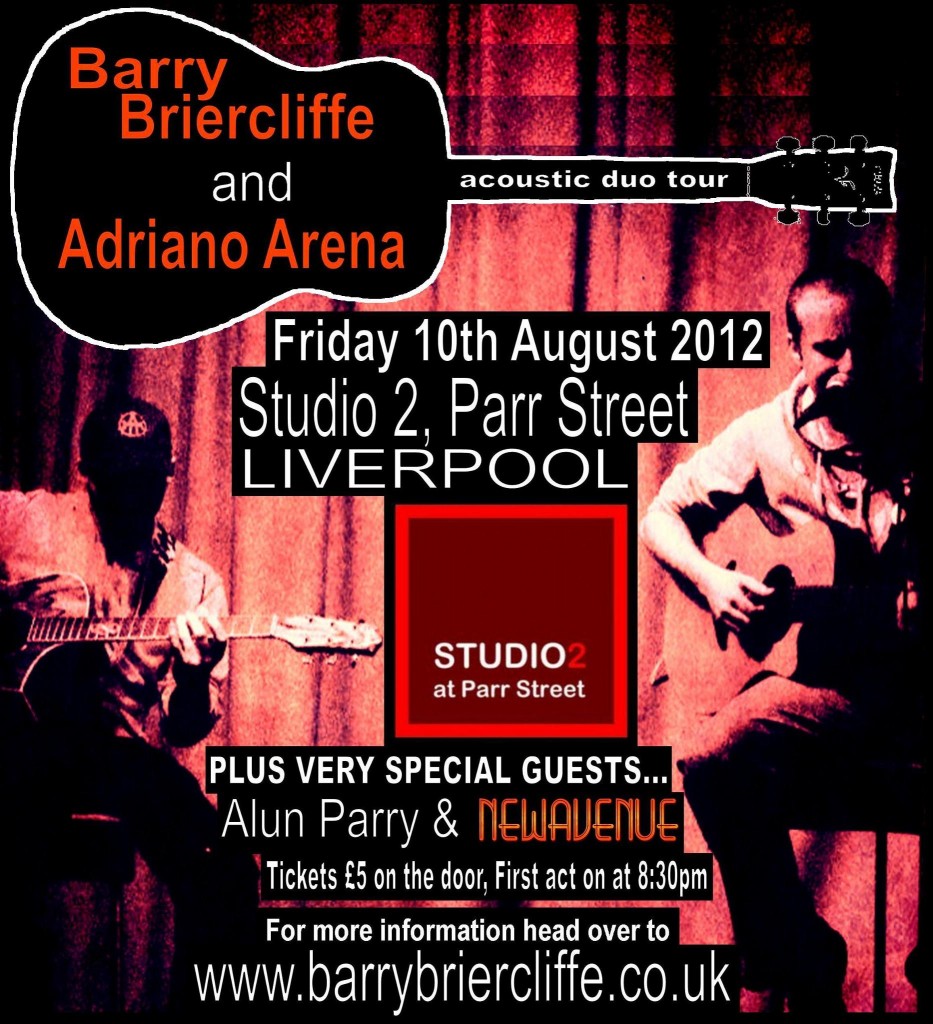