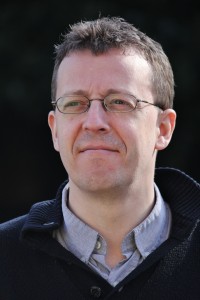 Subversive Histories is a brand new show which is the result of a collaboration between Alun Parry and Dr Ron Noon which is being premiered at the very exciting Challenge The 1% Festival on the 14th June.

Subversive Histories is a journey through the hidden history of working people, with the words of Ron Noon and the songs of Alun Parry.

Until his recent retirement, Ron was professor of history at Liverpool John Moores University – but he’s no stuffy academic. He’s a hard talking champion of working people, with an accent to match.

His subversive stories will be accompanied by the songs of Alun Parry.

This new show is part of the Challenge The 1% Festival which starts at The Casa at 1pm and runs through til 11pm on Friday 14th June.

Challenge The 1% is a brand new festival of political drama, song, comedy, film and art.

The programme of events is mightily impressive for a new festival, and I’m involved in one of the plays on the day too.

I play Peter in Dayna Killian’s PETER RABBIT, the tragi-comic story of a schoolteacher in austerity Britain.

Look out too for the sneak preview of 1000 Murdered Girls, which is being shown in full next month at The Unity.

Also look out for Tolpuddle Revisited, the songs of Alice Colquhoun, the hilarious Brendan Curtis Burton’s Daily Bread, and The Hopeless Collective – amongst many more!

Entry to ALL of the events is a mere £4 for the lot.