When The Sunlight Shines – Album and Tour Details 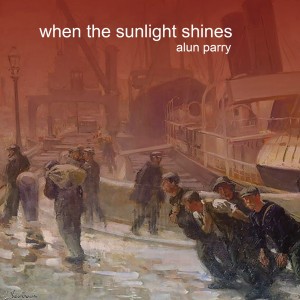 My new album, When The Sunlight Shines, is released on Saturday 21st September 2013. It contains a bumper FIFTEEN tracks!

I will then be on tour until the Spring. Check how to get the album and where to see me performing live below, as well as reviews of the album which will be added to as they come in.

“Songs you can pick up in minutes that have a lilt and beat which makes is almost compulsory to sing along to. Very much in the Guthrie stream and wouldn’t have been out of place as part of the sound track of that great Cohen brothers film Oh Brother Where Art Thou. His messages and stories, like his playing and singing, are crisp, clean, crystal clear and precise and they are extraordinary tales, told in straightforward tunes for ordinary people to understand.” – Danny Farragher, FolkAll

“His style of political songwriting harkens back to the days of the folk revival and the Radio Ballads. Songs to inspire, to make you feel strong, to provoke your sympathy, to provoke your anger. Alun Parry’s not just Liverpool’s favourite radical folk singer, he’s one of the finest in the UK.” – Nick Wall, Music To Die For

All tickets for the official album launch gig in Liverpool on Saturday 21st September sold out a week before the show. Sorry you missed out. Check my tour dates below for other gigs.

You can preorder from iTunes by clicking here for just £7.99

For an overview of the tour dates, see my Tour page.