I am a community engagement specialist. See examples of my work below.

I founded the non league community football club AFC Liverpool. I created the club as a social enterprise owned and governed by its own supporters. I built and oversaw the relationship between key partners. I built links with commercial sponsors, local MPs, the media, the local authority, and developed an important partnership with the anti suicide charity CalmZone. The club is a successful, financially viable football club that won silverware in its first season, has been promoted, and retains strong links with local community organisations.

See this report from ESPN below:

I set up and ran the Working Class Life & Music Festival. This was a major community festival that was set up in Capital of Culture Year.

It specialised in telling the stories of ordinary people through a range of arts, from photography to music to writing to film.

I was able to attract high profile acts which resulted in sell out events.

It engaged hundreds of Liverpool people as artists and performers, and thousands of visitors.

It ran for 4 years and grew to be the largest festival of its kind in the world, with 59 events over 9 days. 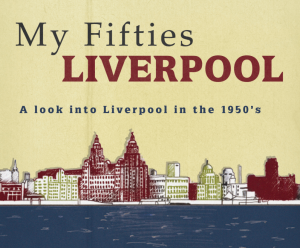 I ran a well-being and heritage project amongst residents at a sheltered housing accommodation in Liverpool. The aim was to foster well-being amongst the residents, build friendships between them, and share their stories of 1950s Liverpool to a wider public. The result was a film entitled My Fifties Liverpool which I co-directed and was shown at FACT to a packed cinema. The housing association reported increased happiness amongst the residents, greater friendship between them, greater use of the communal areas, and closer bonds between the residents and their sons, daughters and grandchildren through the sharing of their stories. 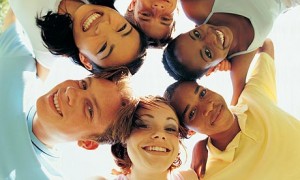 I worked with young, unemployed people on a heritage and performance project. I worked with the young people to help them get in touch with their passions, dreams and goals. I helped them raise their self esteem and faith in their own abilities. Many went on to become part of the team at the performance company Love History, and others went into Further Education as a result.

I worked with prisoners at HMP Walton around music, performance and wellbeing. The prisoners created their own songs and performance pieces and performed them at a prison concert. The same group of prisoners were inspired to produce a song to perform in a play they produced about Robert Tressell, reflecting their own life experiences and observations of socio-economic struggles.

Working With Schools and Children 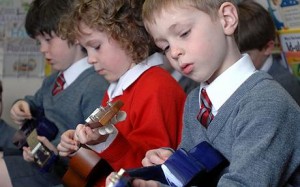 I have worked with a number of local schools. I use music and song as a tool to build well being, self esteem, engage with literacy and writing, widen ambition and possibility, and promote musicianship and story.

I worked with Liverpool Football Club to deliver their community literacy programme in schools.

One Liverpool teacher wrote to me to say that my day in her class was one of her best days in mainstream education:

“What you did for my Year 3/4 class (7,8 & 9year olds) was totally ace. The school is in quite a financially deprived area of the city and a large intake of pupils start this school with communication difficulties and some also with learning and/or behavioural difficulties too.

You had a genuine warmth to your approach to the children and they instantly liked you. The fact that you wrote a song especially for them really impressed them all. It gave them a sense that you were interested in them and their lives. It gave you an instant bond with them. They sang that song for weeks and weeks … and weeks!!

I remember quite vividly the smiling faces of all 18 children that afternoon in Everton. One of my best memories of teaching in mainstream education.”