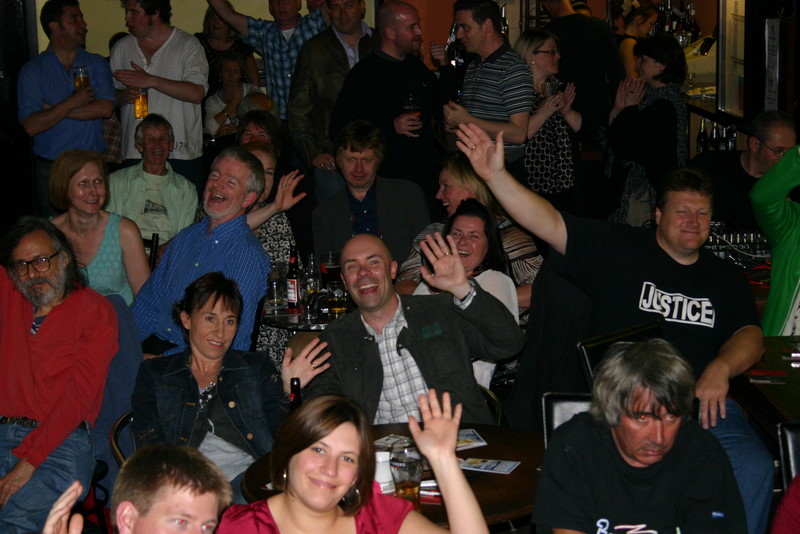 To all who came last night to the Casa, and to everyone who listened in live online, a mega thankyou.

Particular thanks go to Barry Briercliffe and Chad Draper who have been locked away rehearsing with me for the past few weeks, and for The Woolly (Shaz) who has been locked in with us bossing us about and making sure we were on track.

Also thanks to The Woolly for setting up the room for me while I was out grabbing some food (as well as some nifty backing vocals on John Lennon Said!)

Big thanks too to Howard Northover who dashed home from holiday just to do the gig. He’s a good friend and it was fab to gig with him again.

Major major thanks go to Nigel Paice of madbouncydogs.com who had both the dexterity of an octopus and the multitasking skills of an operating system not made by Microsoft. (Yes I know that’s a very nerdy reference).

Nigel not only ran the front of house sound for us, but he ran the on stage sound, while simultaneously beaming out a live broadcast to the internet, and recording the whole show. Wow!

You can find out more about the many services that madbouncydogs offers to musicians at their website.

Thanks too to Deb who monitored the live stream back at home all night long. You defo deserve a mention!

Massive thanks too go to Vinny T Spen and Stuart Todd who performed fantastic sets and each received an enthusiastic encore.

A big thanks to Jo on the merch table who happily took your money from you in exchange for the new album. I hope you all enjoy it.

A big thankyou to our compere Graham Holland who helped organise the event via Liverpool Acoustic Live.

The Liverpool Acoustic Live event normally takes place at View Two Gallery every month and I urge music lovers to give it your support.

Graham is one of the key champions of acoustic music in Liverpool with his podcast, his live events, and his invaluable web directory of what’s on acoustically in Merseyside, liverpoolacoustic.co.uk

Liverpool Acoustic Live’s next event at the View Two is September 25th. Be there for more fun!

Thanks to everyone at The Casa for letting us have the venue, and to the Casa staff for looking after us. Keep supporting The Casa. It was set up by the sacked Liverpool dockers and every penny you spend over that bar supports some fantastic work in the community.

And most of all, thanks to you for coming along, stamping your feet, clapping your hands, standing on the tables, cheering your little heads off, singing along, and buying the album. If it wasn’t for you, it would have been just a big posh rehearsal.

So thanks to you especially.

And a big thanks to Mum n Dad, who always support me more than it’s reasonable to expect. Mwah to yer both!

Watch this space too – I’ll be posting Woolly’s pictures of the event and YOU are on them!!! (Check out Woolly’s amazing photography at dynamophotography.co.uk)

In the meantime, let’s know what you thought of the night by leaving a comment below. 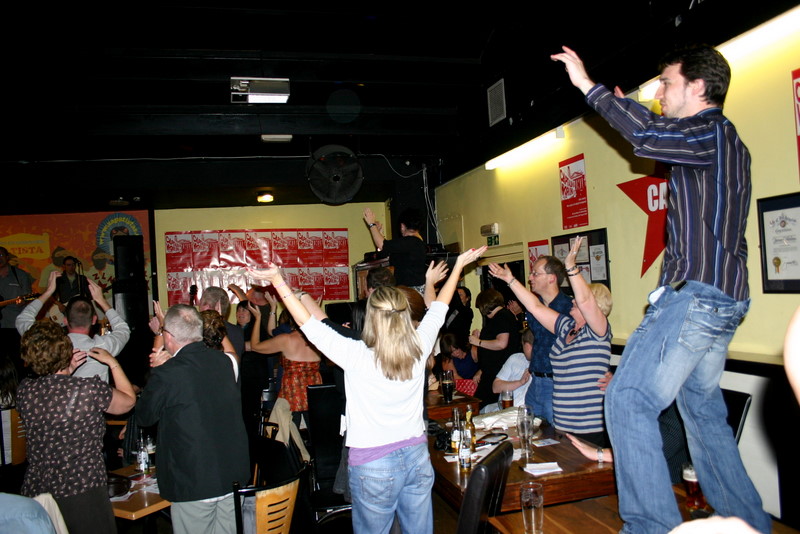